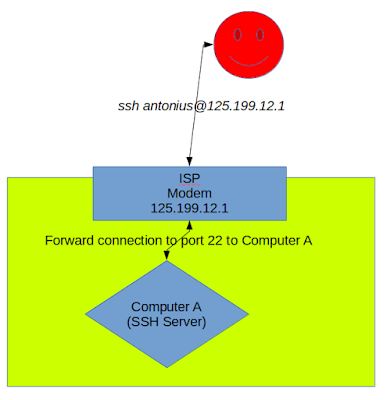 In its most simplest form, SSH server is configured as the picture above. In this configuration, client directly talks to the SSH server via the IP address given by the ISP.

Unfortunately, often times such setup does not work such as due to:
1. ISP likes to make our life hard by not giving access to modem configurations.
2. Firewall magic set by the IT team to prevent those thirsty hackers from accessing your company's confidential data.

So what do we do? We can use an intermediary server that is publicly accessible to act as a middleman. This technique is called Reverse SSH Tunnel. It works as the following illustration: 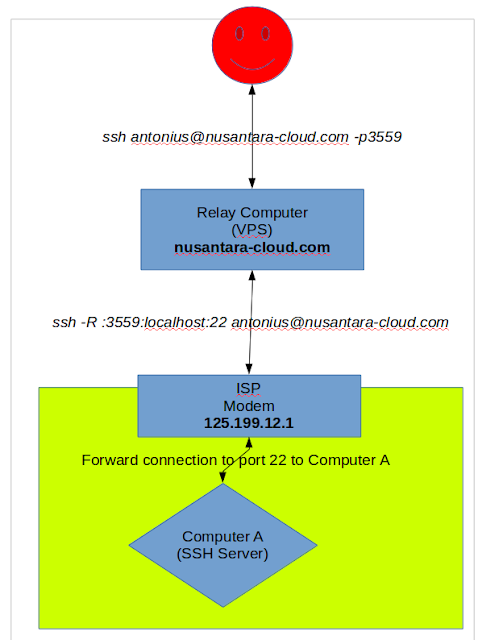